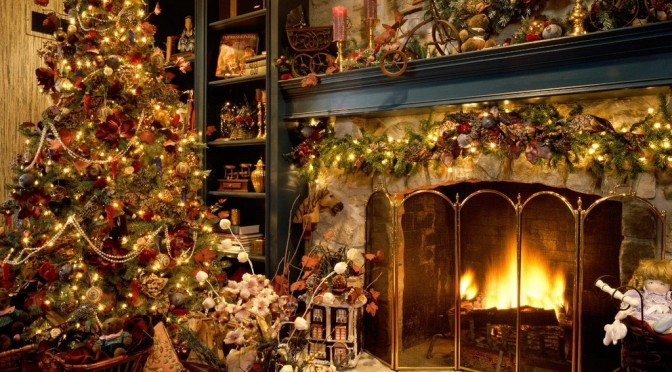 Long before December 25th was associated with the birth of Jesus Christ the Lord, winter celebrations have been observed in various ways around the world. From the Norse celebrating Yule to the ancient romans celebrating saturnalia in honor of their pagan god Saturn. The question that I am going to propose is this: Should Bible believing christians celebrate christmas? Before you answer, lets begin by looking at the history of this day and also how ancient pagan practices have been left behind for centuries.

The Norse were a pagan civilization that worshiped gods such as Thor and Odin and were known to have had human sacrifices. In Scandinavia, the Norse celebrated the holiday called Yule from December 21, the winter solstice, through January. In recognition of the return of the sun, they would bring home large logs, which they would set on fire. This custom is still kept in some homes to this day, burning the yule log during Christmas. Now you tell me, what has this pagan tradition of burning a yule log have anything to do with celebrating the birth of Jesus?

The celebration during the winter solstice for the ancient Romans was Saturnalia- a holiday celebrating the god of agriculture, Saturn. It was observed beginning in the week leading up to the winter solstice and continued for a full month. It was a hedonistic time where food and drink where plentiful and the normal order of things was turned upside down. Businesses and schools were closed so all could join in on the celebrations. During this time, some also celebrated the birth of Mithra- the pagan god of unconquerable sun- on December 25th. To the Romans, this was the most important day of the year.

In the early 4th century, Catholic leaders decided to institute the celebration of Jesus’ birth. They had a problem though, no where in the bible does it say the actual date of Jesus’ birth, nor does it say we are to honor this day at all, but Pope Julius the 1st chose December 25th, the same date of Mithras birth, keeping all the evil traditions alive anyway. Now since Catholicism decided all of this, should we obey Roman Catholicism or God which warned us about her in Rev 18:4 and 5

…Come out of her, my people, that ye be not partakers of her sins, and that ye receive not of her plagues. 5: For her sins have reached unto heaven, and God hath remembered her iniquities.”

Probably the most common symbol associated with christmas it the christmas tree. The origins of this custom date back long before it was adopted into christmas. The evergreen tree itself in many ancient cultures was believed to keep away witches, ghosts, and evil spirits. The early Romans during Saturnalia decorated their homes with boughs of evergreen trees as did the Druids. Germany is credited with starting this tradition as it is kept today, during the 16th century. They would cut evergreen trees down, decorate them with various things like apples and candles and place them in their homes. The origin of this practice of decorating evergreen trees comes straight from the heathen religions, Shall we do as the heathen do?

Now we come to the infamous santa clause. History states he was actually a 4th century Catholic Bishop that was admired for his charity. Legend states that he gave away all his inherited wealth traveling the countryside giving to the poor and sick. He has many names around the world: Santa, father christmas, St Nick and Kris Kringle just to name a few. Kris Kringle actually means Christ-Kind and that is exactly what this satanic character is trying to replace, Jesus Christ. The similarities are there if you just look. Santa knows when you are good or bad, when you’re sleeping and when you;re awake. He has a list of all the good and bad. He is a carpenter and his hair and beard are white like snow. If you were to ask a child who this was just by this description alone would they say it was Jesus or Santa? We lie to our children about a fictional character, but fail to teach them the truth about Jesus Christ. We tell our children to be good or santa won’t bring them any presents, but what about teaching them to obey God and his word when it says in:

Colossians 3:20 Children, obey your parents in all things: for this is well pleasing unto the Lord

For thou hast said in thine heart, I will ascend into heaven, I will exalt my throne above the stars of God: I will sit also upon the mount of the congregation, in the sides of the north:14 I will ascend above the heights of the clouds; I will be like the most High

Satan will try to replace Jesus anyway he can, he is the father of lies. (John 8:44)

Now, after knowing all this information just given, I’ll ask the same question from the beginning:

Should Bible believing christians celebrate christmas? No we should not celebrate this day. We as christians should not want to keep these pagan festivals alive. Their roots are satanic. Only the facade has changed to appear to be so called christianized. Its not about putting Christ back into christmas either, Jesus Christ never had anything to do with christmas in the first place. Catholicism changed its name, but thats all they did. All the pagan elements are still there. We are never told to celebrate the Lords Birth or remember it in some outward showing. On the contrary we were told to remember his death.

24And when he had given thanks, he brake it, and said, Take, eat: this is my body, which is broken for you: this do in remembrance of me.

25After the same manner also he took the cup, when he had supped, saying, this cup is the new testament in my blood: this do ye, as oft as ye drink it, in remembrance of me.

26For as often as ye eat this bread, and drink this cup, ye do shew the Lord’s death till he come.

But you would say, Its a time of giving and joy. Don’t we, as Christians, do this always? Why do we need a special day for this? Please consider this message prayerfully.

” For do I now persuade men, or God? or do I seek to please men? for if I yet pleased men, I should not be the servant of Christ.” (Galatians 1:10)

Error type: "Forbidden". Error message: "The request cannot be completed because you have exceeded your quota." Domain: "youtube.quota". Reason: "quotaExceeded".