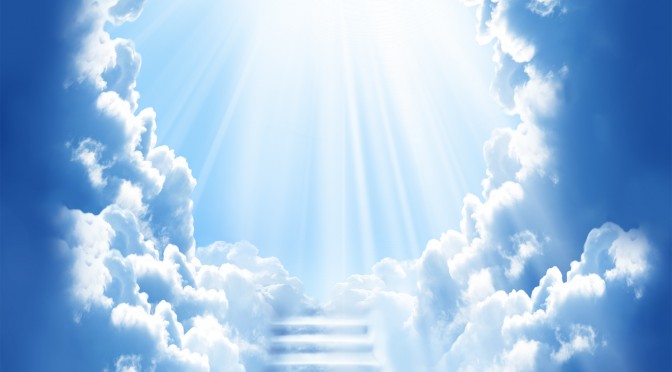 This bible study is for soldiers in the Lord who are comfortable with (or at least capable of) getting doctrine from the word of God, even when “the truth” is unpopular and widely contradicted by the latest fads of mainstream “orthodoxy.” The scripture references here will not likely make impact on spiritual babies determined to defend denominational dogmas; “Baptists with a big ‘B,’” Church of Christ, Inc., Charismatics, Pentecostals, Ecumenicals, knee-jerk Laodicean phonies, liberals, and milky optimists . The so-called “pre-Tribulation rapture” (the “any-moment” or “secret rapture”) is not in the word of God in any terms. Scripture does not even hint at this heresy; and, to the contrary, clearly preaches “resurrection” “at the last day” “at the last trump” at the Lord’s coming in power and glory on “the Lord’s day”, which glorious event is anything but “secret.” The “rapture” is a blatant Satanic hoax, and no church but one having a spirit of “Laodicea” would have bought into a movement so desperately clinging to a lie. The present widespread belief in the “rapture” invites spiritual death on a grand scale for all who are swept up by the deception, Satan’s prime strategy to bring about the coming “falling away” warned of by the Lord. The “rapture” deceivers would lead you into a series of ridiculous fairy tales and lies that fly in the face of each precious new testament warning given to us by the Lord; and, as is common, they simply yell out the mantra, “That was written to the Jews!” (It should be observed that our doctrinal enemies, themselves, point out that the ability to be deceived on this issue hinges directly upon the issue of whether or not, or to what extent, the Christian accepts Israel/church “dichotomy” theories – see: Romans 11.) END_OF_DOCUMENT_TOKEN_TO_BE_REPLACED

Error type: "Forbidden". Error message: "Access Not Configured. YouTube Data API has not been used in project 939548550282 before or it is disabled. Enable it by visiting https://console.developers.google.com/apis/api/youtube.googleapis.com/overview?project=939548550282 then retry. If you enabled this API recently, wait a few minutes for the action to propagate to our systems and retry." Domain: "usageLimits". Reason: "accessNotConfigured".