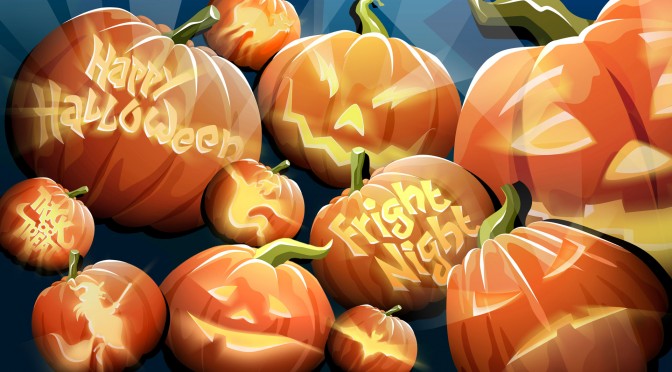 Halloween a day celebrated around the world when people dress up in costumes, collect candy from neighbors and have parties, but do you ever take time to think about the origins of Halloween? Most people don’t think twice about participating in it saying “It’s all in fun” or “It’s not evil to me”, but is this so called hallow evening really so innocent? Are there ties to paganism and Satanism? Shall we as Christians celebrate Halloween or should we have an alternative name for it like Harvest Festival?  Before we get into those questions let’s take a closer look at the history of this night and how it all started.

Samhain or Halloween as it is called today was celebrated on Oct 31 to Nov 2nd and started out as 1 of 4 major holy days to the Celtic Druids referred to as fire festivals by them. To the Celts fire was a symbol of divinity, holiness, truth, and beauty. To the Druids these events signified the beginning of the cold and dark half of the year. Their belief was on this night the veil between the living and the dead was dropped and dead souls were wondering the earth creating havoc and causing mischief. To appease them the Celts dressed up like the dead souls so they wouldn’t cause them harm. Large bonfires were made and animals and crops were also thrown into the bonfire as sacrifices. Communing with the dead and divination or fortune telling was also a common practice during this time.

Later on Catholicism came in and changed the name of this pagan three day holiday to Halloween or All-Hallows eve, All-Saints day and All-Souls day. As Catholicism did with many other pagan traditions like Valentine’s Day from Lupercalia, Easter from Eostre, and Christmas from Yule they kept the symbols and pagan elements, and the purpose of this festival remained the same too, but just repackaged with so-called Roman catholic elements and names.

So we see from the history alone this isn’t some innocent celebration involving children getting candy. “Oh but that was so long ago, we don’t celebrate it like how they did” you might say. Let me read to you a quote by Anton LaVey (A Satanist) from his book “The Satanic Bible”  “After one’s own birthday, the two major satanic holidays are Walpurgisnacht(Walpurgis Night) and Halloween (or All Hallows’ Eve).”  In case that didn’t sink in, Satanism conceders this one of their top holidays do you still want to be part of it?

2 Corinthians 6:14 “Be ye not unequally yoked together with unbelievers: for what fellowship hath righteousness with unrighteousness? and what communion hath light with darkness?”

Halloween is filled with darkness from symbols of death, ghosts, devils and witches. We should not want to have anything to do with this. God wants us to be separate.

2 Corinthians 6:17 Wherefore come out from among them, and be ye separate, saith the Lord, and touch not the unclean thing; and I will receive you.

The Lord has warned us not to play around with these ocultic ways.

9 When thou art come into the land which the LORD thy God giveth thee, thou shalt not learn to do after the abominations of those nations.

10 There shall not be found among you any one that maketh his son or his daughter to pass through the fire, or that useth divination, or an observer of times, or an enchanter, or a witch.

11 Or a charmer, or a consulter with familiar spirits, or a wizard, or a necromancer.

12 For all that do these things are an abomination unto the LORD: and because of these abominations the LORD thy God doth drive them out from before thee.

13 Thou shalt be perfect with the LORD thy God.

14 For these nations, which thou shalt possess, hearkened unto observers of times, and unto diviners: but as for thee, the LORD thy God hath not suffered thee so to do.

Now should we have an alternative for this day like “Harvest Festivals”? Alternative, however, implies substitute. It assumes our children need something to take the place of Halloween, since they won’t be participating in the secular and pagan celebrations. It suggests our children are missing out on something, which they are not. Rather teach your children 1 John 2:15″ Love not the world, neither the things that are in the world. If any man love the world, the love of the Father is not in him.” Teach your children the truth about Halloween and its origins. You might think that you’re doing some good by having your own alternative party, but why do you need a substitute at all and especially on this specific night? By doing so you are still keeping this satanic tradition alive not transforming it.

1 Thessalonians 5:22 “Abstain from all appearance of evil.”

The world should see Christians as being completely against this satanic day. We should not celebrate this day and be against anything that resembles it. Changing the name of the day to ‘Harvest Festival’ doesn’t change what this day truly is and gives the wrong impression to others. Shall we try to Christianize other pagan days to fit in with the world? No. We should cast them away as it is written in Romans 13:12 “The night is far spent, the day is at hand: let us therefore cast off the works of darkness, and let us put on the armour of light.”

Remember, we are in a war. Will you fight? Or shall we just make up alternatives to the worlds wickedness.

11 Put on the whole armour of God, that ye may be able to stand against the wiles of the devil.

12 For we wrestle not against flesh and blood, but against principalities, against powers, against the rulers of the darkness of this world, against spiritual wickedness in high places.

13 Wherefore take unto you the whole armour of God, that ye may be able to withstand in the evil day, and having done all, to stand.

Error type: "Forbidden". Error message: "The request cannot be completed because you have exceeded your quota." Domain: "youtube.quota". Reason: "quotaExceeded".